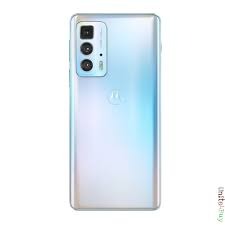 On the current top of the range of the price list Motorola the panorama is now more than complete. For our part, we have already dedicated two insights to Edge 20 Pro, the one on the “holding” of the 4,500 mAh battery with life from Misano Adriatico on the occasion of the MotoGP race, and the detailed review of last month. The experts of DxOMark, who now publish their customary one focus on multimedia.

Motorola Edge 20 Pro comes up with not exciting results: an overall score of 105 points, with 109 points obtained on the Photo segment, 49 on Zoom, and 96 on Video. The judgment is a direct consequence of the fact that, according to the DxOMark metric, some of the direct competitors and even of the products that compete in other market segments such as, for example, OnePlus Nord 2 have passed through the DxO laboratories leaving better memories.

Despite the impressive sensor specs, the Motorola Edge 20 Pro scores just 105 points. The score places it near the bottom of the ranking of premium smartphones – writes DxOMark among the conclusions of the test.

On Motorola Edge 20 Pro, DxOMark highlights some good performance when there is no lack of light despite a “limited dynamic range in the most demanding scenes when there is a strong contrast between the lights” and despite a level of detail that is almost always not exciting. Beautiful photographs with bokeh effect simulated, but the experts do not use half measures when there are shots to comment on nocturnal, whereas the Edge 20 Pro offered images on average underexposed and with noticeable noise. 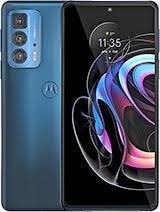 The target ultra-wide-angle is not convincing: the detail is low and, even here, the noise can be seen, and yet the field of view is narrower than most of the competition in the same segment. The telephoto lens periscope with zoom 5x instead convinces a little more, despite the fact that, according to DxOMark, Motorola is still quite distant from its competitors once again due to a lack of detail. “Poor” – in no uncertain terms – I video, especially because of the noise evident when the light goes down.