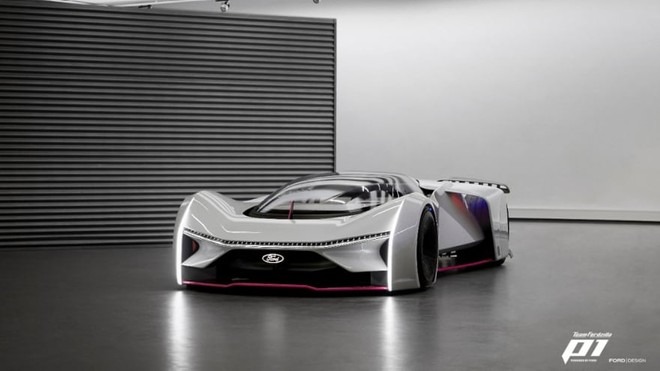 Ford decided to create the Batman car. No. Even better. What we see in these images is the full-scale prototype of Fordzilla’s Ford P1, the virtual and digital racing car of Ford, created in collaboration with the community of players.

The show car (or concept car, if you prefer) was previously unveiled at Gamescom 2021 and is now being shown in public at Gamergy 21 in Madrid, Spain.

In truth, the Ford P1 concept car is a real working simulator that brings with it a 10×4 meter digital screen and the possibility of broadcasting your simracing games in streaming, with fans.

The vehicle is powered by an HP Z4 workstation computer, with players controlling the racing games via an integrated gaming wheel with respective pedals. But where is the screen? It is virtual and shown from an HP Reverb G2 wearable device. 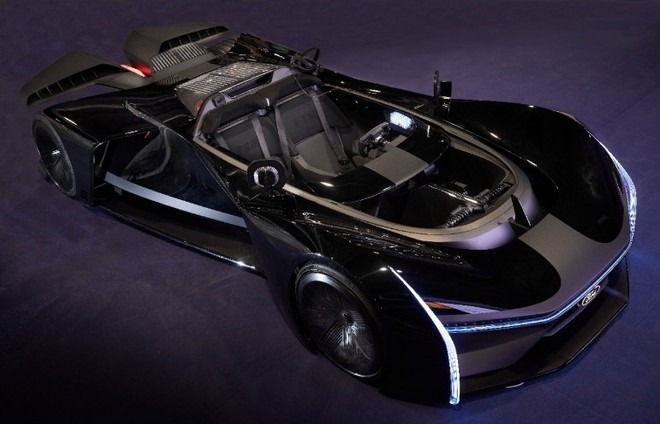 Furthermore, the taillights synchronize with the rider’s braking on board to also connect external spectators to the action. An integrated audio system with high power.

After “floor P1“, Team Fordzilla is now launching a second project, again with the collaboration of Ford players and designers, to create a new Supervan, inspired by the world of racing and based on its Transit models. The new Supervan Vision Concept will be an extreme performance model and will only race in the virtual dimension.

The P1 racer is an amazing design project and as a racing simulator it is a fantastic experience for gamers. With the help of HP, we have been able to convey the enthusiasm for gaming to more people, as well as help them see the future possibilities that simracing offers – Emmanuel Lubrani, Team Fordzilla, Ford of Europe