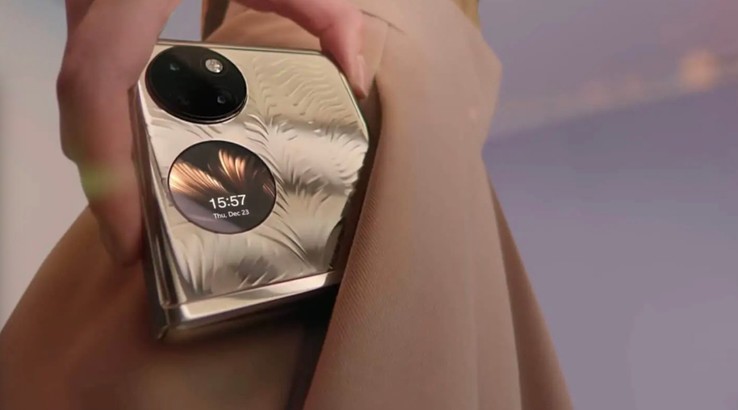 As planned, Huawei has raised the curtain on its new foldable smartphone with a flexible screen, the P50 Pocket. It is a product that competes with the Galaxy Z Flip3, analogous are the shell format and positioning in the high end of the market.

It is a compact, powerful product that refines some critical elements typical of this kind of product, starting with the hinge made with a Huawei patent that promises to make the junction between the two halves almost completely invisible when the device has the screen. open.

Huawei P50 Pocket is equipped with a 6.9 “OLED internal screen with 2790 x 1188 pixel resolution, format 21: 9, and a 120Hz refresh rate. The front camera has been integrated into a traditional hole positioned in the center of the upper edge.

The secondary screen of circular shape and size 1 “. is smaller than the Flip3’s external screen (1.9 “) but performs the same function by displaying information such as time, date, and notifications; it also supports various third-party widgets, such as those dedicated to managing music, maps and QR codes. You can also continue to use an app open on the main screen to the one on the external screen, albeit with size limitations.

At the heart of the hardware platform is the powerful Snapdragon 888 – but in a 4G only version – combined with configurations including 8 or 12GB of RAM And 256 or 512GB of storage. The camera compartment includes a triple module: the main one with a 40MP sensor combined with a 26mm lens, a secondary 13MP one associated with the ultra-wide-angle lens with f / 2.2 aperture, and finally a 32MP sensor and f / 2.2 lens that will have the task of acquiring useful information to improve the color rendering. The 4,000 mAh battery with 40W fast charging support closes the panel. The whole is enclosed in a body that measures 15.2mm closed and 7.2mm with the screen open. However, it is not featherweight with its 190 grams.

Software and availability chapter, that is to say, two aspects that could affect the sales results: the first is HarmonyOS – we are talking about the version destined for the Chinese market, the only one currently made official – therefore with all the doubts of the case on the ability to establish itself internationally due to the absence of Google services. As for availability, at the moment it is confirmed only in the Chinese market where it is offered with prices starting from 8,988 yuan (8 / 256GB variant), that is to say to over 1,240 euros at the direct exchange rate excluding taxes.

Defining it as expensive is not out of place because while it prevails, at least on paper, in some sectors on the Flip3 (see the camera), it must be considered that its competitor’s launch prices started at 1,099 euros. To the 1,240 euros of the 1: 1 exchange rate, we must then add the taxes that will further raise the bar. P50 Pocket is proposed in white and black colors to which is added a special version with gold finish 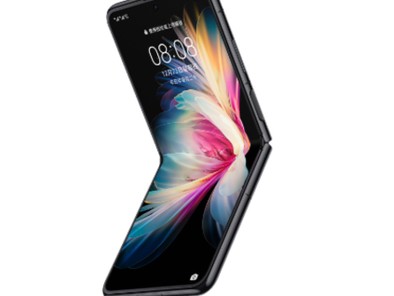