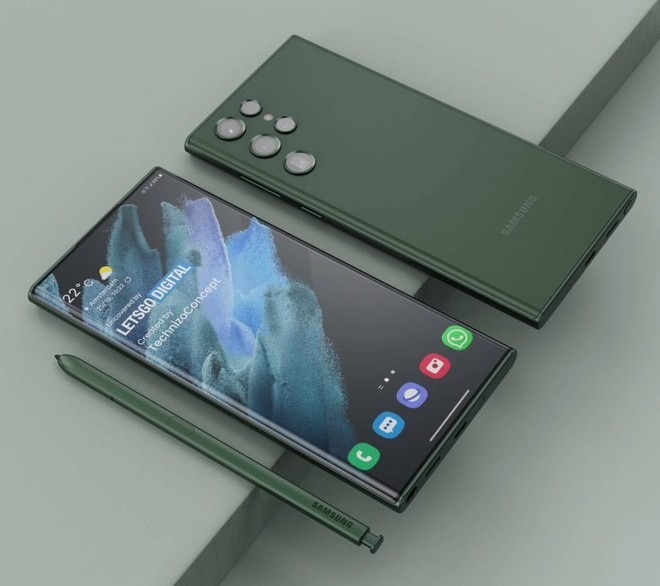 The time for Samsung’s new flagships is approaching, with the launch scheduled for February. And family information Galaxy S22 certainly not lacking, even if some details had still escaped the leakers. But as the days go by, the identikit becomes more and more complete: today, for example, is the time to discover the memory cuts and the colors with which the Galaxy S22, Galaxy S22 +, and Galaxy S22 Ultra will arrive (or S22 Note? But more on that later).

The information shared on Twitter by the leaker Snoopy they are obviously not official, so you need to take note of them, yes, but don’t take them for granted. Anyway, according to his reconstruction Galaxy S22 And Galaxy 22+ will be available with a single cut for the RAM, or 8 GB, and two different cuts for the internal memory, namely 128 or 256 GB. The two models will also share the same color options (we will see later if, as sometimes happens, some will be linked to memory cuts), in total four: Pink Gold, Green, Black, and White.

Separate speech, however, for Galaxy S22 Ultra. The spearhead of the family will in fact have an endowment of RAM more generous with a basic option from 12 GB and an even richer option from 16 GB. The storage internal, on the other hand, will be from 512 GB. The color options will also change: like the younger brothers, there will be white and black ones, but there will also be a third, exclusive one, “Dark Red“.

As we have known for some time now, however, the differences between Galaxy S22 Ultra and the other two devices will be important, and even more, marked than in the two previous generations. If the first two in fact will be natural and non-revolutionary evolutions compared to Galaxy S21 and Galaxy S21 +, S22 Ultra more than the heir of S21 Ultra seems to pick up the baton of the Note series put on standby this year by Samsung.

The renderings and now also the real photos of the device say so, which suggest a square Note-style design, and above all the fact that compared to Galaxy S21 Ultra there will simply not be compatibility with the S Pen, but the stylus will be integrated directly into the body.

All these indications, once they emerged, had suggested a scenario in which the Korean giant could consequently decide to abandon the “Ultra” nomenclature to retrieve the “Note”, mixing the two families. And if then we could have found ourselves in front of a Galaxy S22 Note instead of a Galaxy S22 Ultra.

At the end of September, the leaker IceUniverse had extinguished these speculations by unbalancing himself and excluding the hypothesis, but now the possibility is rekindled. Another leaker – Tron – with a tweet in fact swooped back on the issue, which seemed now archived, and in a clear way.

According to Tron, in fact, “S22 Ultra is dead“, and therefore long live to”S22 Notes“. The move, all in all, would make sense: we need to understand which way Samsung will deem most profitable in terms of marketing, and it is also possible that over time within the company there has been a change of position compared to the end of September, with the decision to really tackle the Galaxy S22 Note. Again, nothing official, and everything to be confirmed: only time will tell us if Samsung’s next top device will be Note only in fact, or even in name.