Galaxy S21 represented an anomaly in the history of Samsung’s flagships. After years of glass back covers for the whole family the Korean giant with the latest generation has put aside the “premium” approach for the base model, which instead features a back made of Glastic, a hybrid that combines the polyester fiberglass seen for the first time on the Galaxy S20 FE.

A choice that has made some turn up their noses, and that according to the latest rumors Samsung would not be willing to replicate this year. The rumor comes from Ice Universe: the famous leaker, in fact, with a tweet stated that on Galaxy S22 glass will return on the back.

There is a definite answer about the rear cover material of Galaxy S22 series:
S22, S22 +, S22 ultra are all made of glass! 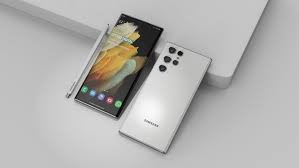 The same treatment will also be reserved for the older brother Galaxy S22 + and the flagship Galaxy S22 Ultra, which more than one brother seems to be a cousin, given the substantial differences compared to the other two models. If Galaxy S22 and Galaxy S22 + will represent a natural evolution of the lines of their predecessors, we know instead that Galaxy S22 Ultra will be closer to the aesthetics of the now-retired Note series, with a lot of integrated S Pen: and the possibility is still at stake. that Samsung eventually decides to rename it Galaxy S22 Note (or S22 Note Ultra, who knows).

As for Galaxy S22 and Galaxy S22 +, according to the video that shows the “forklifts”, the differences compared to the last generation in terms of aesthetics should also lie in the choice of a no longer matte but glossy finish for the back, and by the presence of more prominent lenses, which protrude from the element that encloses them and joins the body instead of being recessed there.

Returning to the last news, if it were confirmed it would mean that Samsung has quickly abandoned the strategy of presenting a less “premium” basic model than the others.

After all, this is perhaps the model that serves as a business card for the whole family, and at a symbolic and marketing level, keeping the bar of build quality to the maximum across the board can avoid misunderstandings and send a stronger and more precise message: also given the aesthetic similarity, seeing a Galaxy S22 in Glastic could convince less experienced users that the same material has also been used on the Plus and Ultra.