The market for folding smartphones already seems to have exploded, and in addition to the cold numbers, it can also be perceived by the moves of the producers, increasingly interested in grabbing a slice of the market. Just a couple of days ago Oppo also jumped in and inaugurated its first Find N folding with which it tried to offer something different in the “book” folding smartphone segment. But to make the big voice is Samsung, among the first companies to focus – with investments and some physiological hiccups – on a market that, in 2019, was pure avant-garde. 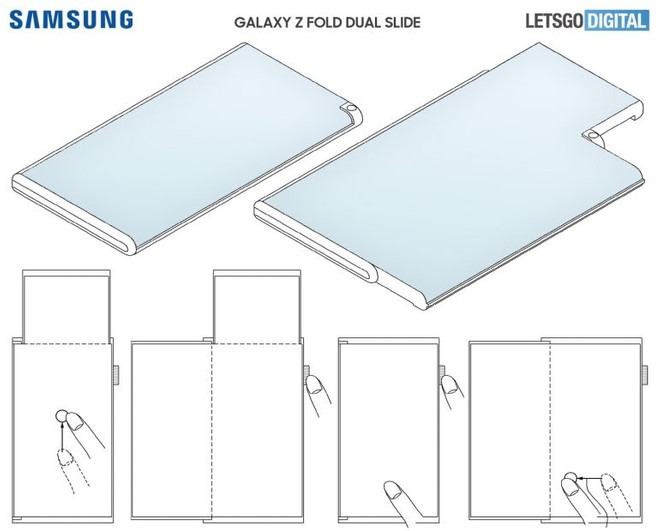 The risk paid off. Samsung is the market leader today, a position in which to rest on your laurels would be nothing short of inconvenient. Thus the company produced a further patent, that of a foldable smartphone where it is possible to extend the display in two directions, that is, in height or width. The idea was entrusted to WIPO (the world patent office) last May but it has only been published now, and who knows that one day it may not be realized.

At first glance, the rocks to be overcome seem different. The foldable of the future according to Samsung consists of a mechanism – it seems motorized since the “slide” that allows the display to extend in one or the other direction is controlled through the touch – which, beyond the images, will affect the weight and on size of the device and that it will have its intrinsic fragility. And yet the only two cameras, the rear and the one for selfies, there, on the corner (which is the only area that can always remain fixed), seem a bit too much. exposed to shocks.

In short, assuming that Samsung already has the necessary technology to produce such an ambitious project, there would be no shortage of knots to untie, and they are the very ones who could slow down or block the realization of the patent. Overly practical issues aside, the proposal is undoubtedly tantalizing. The screen, second LetsGoDigital, can be extended by 30% in width and 25% in height, which opens up interesting scenarios.

Samsung has included in the documentation entrusted to the WIPO the examples of how a solution of this type can be exploited through software. Thanks to the accelerometer the interface of the “Galaxy Z Fold dual slide” can be rotated 180 degrees, to call into question the additional display portions depending on the circumstances. And you can, for example, take advantage of the lower extension to have a keyboard, transforming the fold into a BlackBerry of the new era, the lateral extension for stretch is the camera interface, or use them at the same time for the most diverse purposes.

The existence of a patent – it is always worth repeating – is not a guarantee that it will come to fruition. This is the first appearance of a project of this type, so if it has a sequel we will return to talk about it in the coming months.