As has been an uninterrupted tradition since 2015, Steam released the ranking of best-selling video games of the year: you can consult it for good by following the SOURCE link at the bottom of the article, but below we leave you some of the most interesting considerations we found in the editorial office. Meanwhile, a clarification: the list is based on the gross turnover generated both by the purchase of the game itself and by any DLC or in-app purchases.

Therefore, it will not surprise anyone to know that the top of the ranking, the so-called “Platinum” section, is dominated by Free-to-Play games, such as PUBG, CS: GO, Apex Legends, and Destiny 2. Most games already have a few years on their backs (most notably DOTA 2, CS: GO and GTA V have remained at the top of the charts for six years in a row), but among the most recent surprises is New World, the MMORPG game developed by Amazon. The other games released in 2021 and immediately catapulted into Platinum are Naraka: Bladepoint, Battlefield 2042, and Valheim, the absolute surprise, a game created by just five people.

In the Gold section, new games include Forza Horizon 5, GOTY It Takes Two, FIFA 22, and Back 4 Blood. You have to get to the Silver range to find the controversial Cyberpunk 2077, released in December last year with a thousand problems and bugs, and the Legendary Edition of the Mass Effect trilogy; It is also interesting to see Halo Infinite, which has just come out – and which has not failed to generate a bit of controversy precisely because of the prices of some aesthetic customizations of the shop. 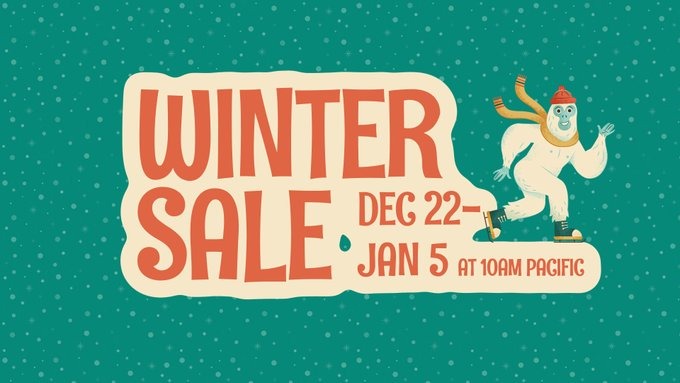 Among other things, the ranking allows us to understand why Microsoft has decided to publish its games also on Steam, despite owning the Microsoft Store: among the Platinum, Gold, Silver, and Bronze bands we find:

Note that all of these games are included in the price of the Game Pass that passes through the Microsoft Store and that Halo Infinite has F2P multiplayer and the single-player campaign was on sale for just one week before the end of the Steam observation period.

Finally, we cannot exempt ourselves from the honorable mention for The Witcher III: Wild Hunt, a 2015 game that, despite being often found at ridiculously low prices (for example right now it costs just € 6), has still managed to appear in the Bronze bracket. It will be the huge success of the Netflix series. The same goes for Skyrim Remastered, which came out in 2016 (and the original game turned ten last month!).

Announcing the Best of Steam 2021! Take a look at this year’s top sellers, new releases, most-played games, and more!

Curious which games had the highest peak concurrent players?

Leaving for a moment the turnover and watching the most played, it turns out that as many as 10 games have had peaks of over 200,000 simultaneous players; here too we find a mix of classics (Apex Legends, DOTA 2) and new entries, including Valheim, New World, Halo Infinite and Cyberpunk 2077. Despite the years, Rocket League continues to be very popular, falling into the category of 100,000 and 200,000 simultaneous players, along with games such as Among US, Naraka: Bladepoint, Among Us, Destiny 2, and ARK: Survival Evolved.

At the same time, we take the opportunity to remind you that several games finished in the Best of Steam 2021 are heavily discounted in the winter sales: it is worth mentioning the beautiful Legendary Edition of Mass Effect (-50%), the same New World (-25%) and Valheim (-25%). And anyway yes, at € 6 The Witcher III is a bargain if you haven’t played it yet.