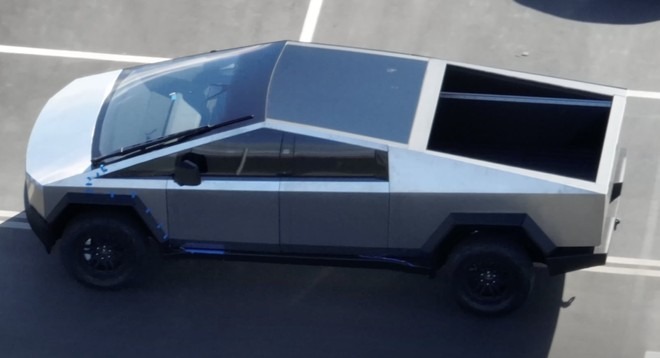 The production of the Tesla Cybertruck will begin, hopefully, by the end of 2022 and only in 2023 the company of Elon Musk will be able to bring it up to speed. Meanwhile, the American carmaker stands working to improve his new electric pickup. We know that there will be differences both in terms of aesthetics and in terms of content compared to the original prototype shown in 2019 but, for the moment, Tesla has not yet wanted to reveal many details in this regard. 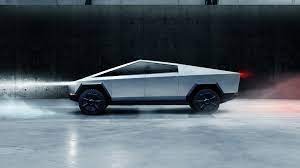 We can see some of the upcoming news now, thanks to a new prototype of the Cybertruck which has been identified within the test circuit of the Fremont factory. A video shot by the Chile Al100 user and shared on YouTube, allows you to take a closer look at the evolution of the development of the electric pickup.

From what the images of the Cybertruck extrapolated from the video show, it seems that Tesla has modified the optical groups. In addition, the front and rear bumpers have design differences from those of the original prototype shown during the presentation in 2019.

Then there is a generously sized windshield wiper that made users discuss a lot on social media, so much so that Elon Musk intervened directly explaining that finding a solution is not easy. The retractable wiper would be the ideal choice but it is complex to make.

Manufacturers have to ship cars with side mirrors by law, but owners are allowed to modify their cars.

The wiper is what troubles me most. No easy solution. Deployable wiper that stows in front trunk would be ideal, but complex.

It will be interesting to find out what Tesla will eventually invent but it is clear that the manufacturer will have to compromise to bring its electric pickup to the road since some of the solutions shown at the time of presentation will not be present on the production model.

The pickup also features traditional rearview mirrors. As we know, American laws do not allow manufacturers to equip cars with external cameras instead of mirrors. In any case, Musk reiterated that future owners will be able to remove them easily.

Musk has promised to provide an update on the Tesla product roadmap during the appointment where we will discuss the financial results for the fourth quarter of 2021. We hope that more information will be provided on the news of the series version of the electric pickup, especially the new powertrain. with 4 electric motors.