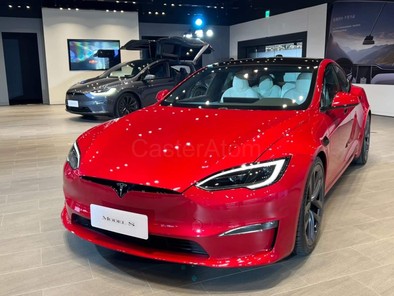 Tesla unveiled a version of the Model S with some news which concern the front and rear lights, the charging flap, and some other minor details. This model was unveiled during a private event Tesla held in Taiwan. Some shots of the car were then leaked through the Web and allowed us to observe the main changes.

As Electrek points out, it is possible that this updated version and the specific one for the international market given the presence of the CCS socket. However, we know that Tesla tends to standardize production and therefore the innovations seen on the Model S may also arrive on the versions for the American market (CCS socket excluded). After all, Elon Musk’s company produces all Model S at the Fremont plant. Furthermore, we know very well that the manufacturer tends to implement novelties on its cars once they are ready, without any particular notice. It could therefore be the innovations introduced with the Model Year 2022 of the electric sedan.

However, some clues had recently emerged that suggested that Tesla wanted to make some changes to the Model S, despite the restyling being quite recent. A prototype of the electric sedan with some cosmetic changes had been intercepted during some road tests in December 2021. 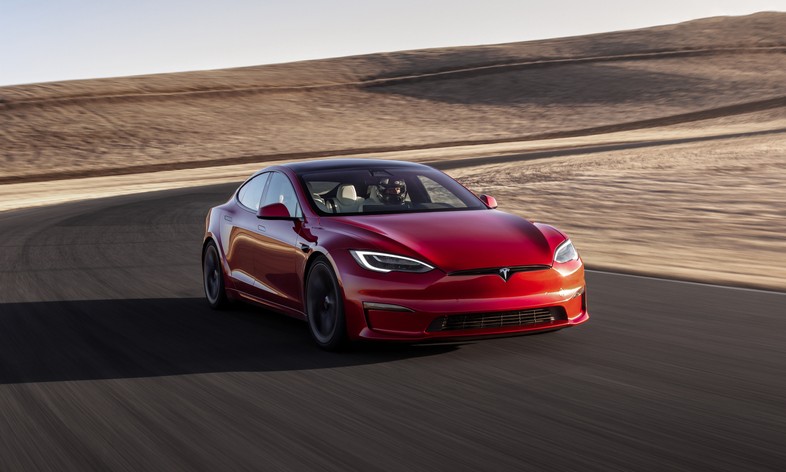 There will be time to better understand if this Model S is intended only for international markets and therefore also for the Italian one or if the new features will also be introduced for the versions sold in America. Looking at the photos that have leaked from the Tesla event in Taiwan it can be seen that there are new headlights that seem to be equipped with the LED matrix technology. At the rear, however, the bar that joined the optical groups through the tailgate was removed. There also appear to be slight differences in the rear lights as well. Finally, there is a larger charging hatch that hides the CCS socket that is inserted on cars that are marketed in countries that use this standard for charging.

A Tesla Model X equipped with the CCS socket was also shown at the same event. It can be observed that it was proposed in the 7-seater version which is not yet marketed in America. All that remains is to wait to better understand the innovations that Tesla has introduced on its electric flagship and if they will arrive on all versions or only for those destined for international markets.