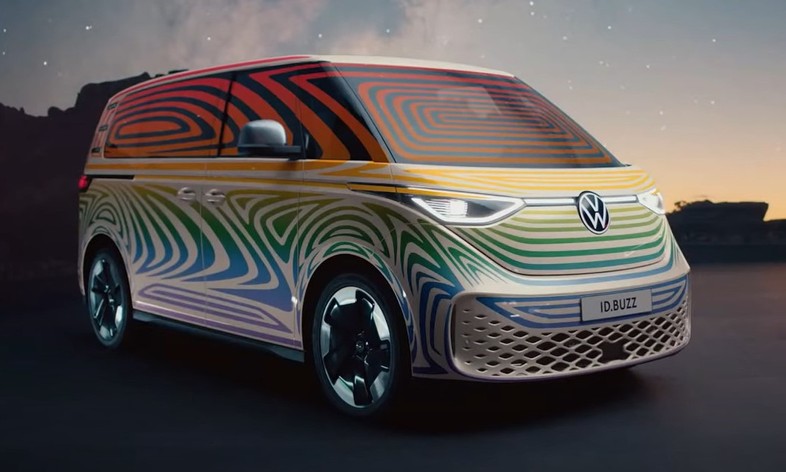 The new Volkswagen ID. Buzz, is a highly anticipated electric Multivan that many see as the electric heir of the Bulli. We have talked about this model many times. We already know many things about him. Design, by now, is no longer a mystery. Some images of the interiors have also emerged recently that have allowed us to understand how the passenger compartment will be structured. The interior design will resume that of the other models of the ID family, a choice that does not surprise that much.

We also know the Multivan it will also be offered in a Cargo version for use as a commercial vehicle. What about the prices? Some rumors arrive from Germany that allows us to have a first indication of how this model will be positioned. Reports that say more about motors and batteries too.

According to Auto, Motor und Sport, initially, “ID.Buzz Cargo” and “ID.Buzz People” will be available only with 77 kWh battery (150 kW engine). From the third quarter of 2023, the Cargo version will also have a 52 kWh accumulator. The model with the largest battery should have an autonomy of about 500 km according to the WLTP cycle, while the one with the 52 kWh capacity accumulator should have a distance of 300 km always according to the WLTP cycle.

And about prices in Germany, the model with a 77 kWh battery should cost around 53,900 euros. With state incentives, it would drop to around 45,000 euros. It seems that there will also be a full optional “First Edition” launch version for over 70,000 euros.

The ID. Buzz Cargo for professional users should be cheaper. The report speaks of a price between 36,000 and 37,000 euros considering the state incentives for the 77 kWh version. The cost for the Cargo model with the smaller battery was not mentioned. Obviously, like all reports, this too must be taken with due caution.

Previously, an Automobilwoche report generically referred to a starting price of less than € 60,000. Orders are expected to open in May with deliveries scheduled for September. This report also speaks of the arrival, in the future, of a variant with a double electric motor and four-wheel drive. In 2023, a longer version of almost 30 cm should also arrive to accommodate a third row of seats.