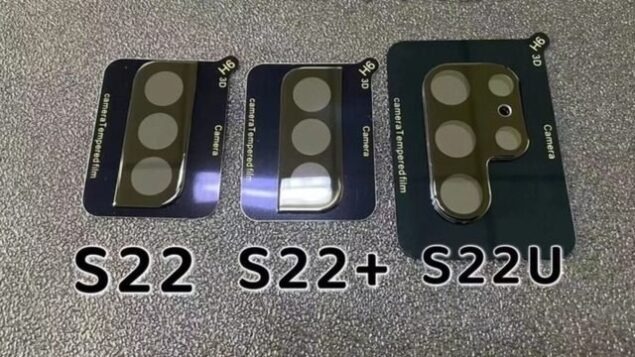 Samsung’s next flagships are, like every year, highly anticipated and the leaks concerning the Galaxy S22 series have already been happening for some time, especially as regards design, one of the most important aspects for a modern smartphone.

Most likely the new devices of the South Korean company will be presented in February, and by now, given the number of rumours and leaks concerning them, the secrets should be very few. Obviously, given the uncertain nature of this information, we cannot be absolutely sure that these will be reflected in the presentation.

So after the various renderings on the back of Galaxy S22 Ultra and the two younger brothers S22 and S22 + we now have a photo leak of the cover glass of the photographic module of the three smartphones.

It is clear that the module of the Ultra version is the one in the shape of a “P”, which goes a bit to contradict what the latest leaks had shown, that is a design where each camera was separate from the others. This could mean two things or that we are faced with the possible final design of the smartphone or it is a component used in the prototype phase. 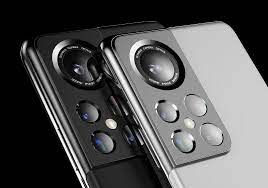 In fact, this coverage may have been used for a pre-production version of the smartphone Samsung, as every major phone company launches several prototypes before deciding which version to launch in order to experiment with different designs. This leak could be part of one of these experiments since it is plausible to think that the “hands-on” leaks are closer to what the production version will be.

In any case, this “P” shaped photo module has caused a lot of discussion among Samsung fans as it is definitely a design that can be hated or loved, with no middle ground. Furthermore, it would be a really decisive departure from the design language used by the company in recent years.