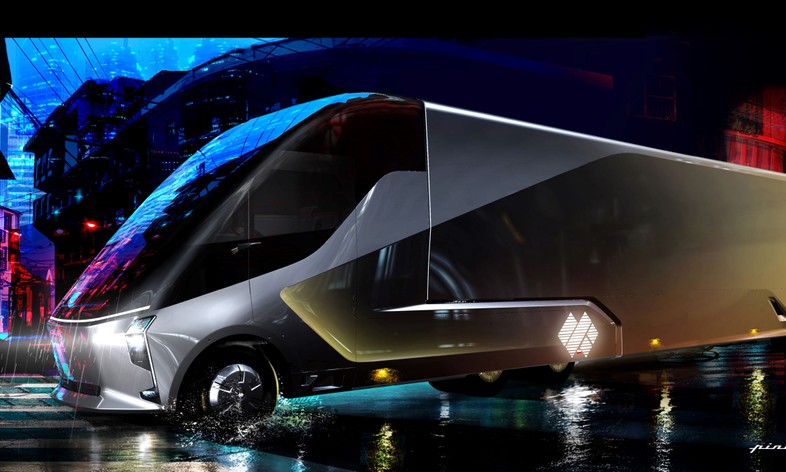 Baidu, the Chinese Internet giant, has long been present in the automotive world and from September 2021 had also entered the heavy vehicle sector through the DeepWay joint venture formed together with Lionbridge, presenting the new Xingtu self-driving electric truck. Now, further details have been provided of this model whose design was taken care of by Pininfarina and precisely by Pininfarina Shanghai, the Chinese studio of the Italian design house.

This truck has a very high technological content as it is equipped with 11 onboard cameras, an infrared detector, millimeter-wave radar, and a LIDAR sensor.

For the design of this truck which can be seen as a competitor of the Tesla Semi, a lot of attention has been paid to aerodynamics to improve efficiency and therefore fuel consumption. According to reports, Xingtu, with a load of 49 tons, can travel a distance of 300 km thanks to its 450 kWh battery. Accumulator which according to the company can be recharged in an hour. 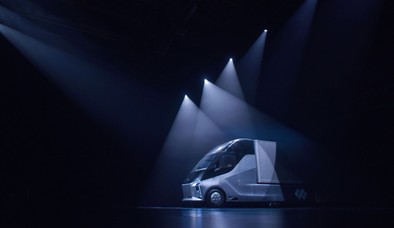 Even more, interestingly, DeepWay has developed a system of quick battery replacement. It will take 6 minutes to replace a flat battery with a fully charged one. A solution, therefore, which allows, on paper, to reduce the stop of the truck to a minimum. A special station will be needed for the battery swap.

Thanks to its architecture, the vehicle is much easier to control, more stable, and safer to use. Pininfarina has also paid great attention to the interior of this model, creating a “smart” environment that can represent a sort of “second home” for truckers. The cab adopts the concept of separate spaces for the driver’s driving, work, and leisure. The electric truck is also equipped with an intelligent voice assistant, a large touchscreen infotainment system, and seats and beds.

One of the strengths of this new vehicle is its autonomous driving platform which takes advantage of the hardware highlighted at the beginning. The underlying technology is the one that Baidu has been developing for a long time and that we also find inside its robotaxis. Last December 2021, DeepWay completed the dynamic tests of the autonomous driving technology and the model reviews and finalized the specifications of the truck that will soon enter the product validation phase.

In the future, the company will continue to focus on research and development and the production of alternative energy smart heavy trucks and will promote the commercialization of autonomous driving technology in the coming years. Level 4 (here we explain the meaning) in the truck freight industry in China. The market launch of Xingtu is expected to take place around 2023.