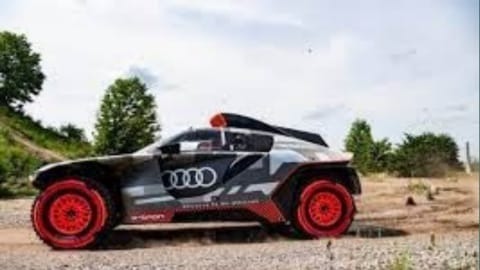 Audi is continuing preparations in view of its participation in the Dakar 2022 which will start on January 2, 2022. The house of the 4 rings will be the first manufacturer in the world to take part in the competition in an official capacity with an electric prototype equipped with a range extender.

In recent months, the German brand has continued the development of its car to test above all the powertrain and verify that it could offer the highest possible reliability even in extreme conditions. Now, Audi has wanted to tell something more about its prototype with which it will face the Dakar.

The powertrain of the prototype, as we already know, is characterized by the presence of 3 electric motors derived from the Audi e-Tron FE07 single-seater of Formula E. We have two MGUs (Motor Generator Units), one at each axle, which deals with traction, while a third unit is used as a generator to help recharge the battery. And speaking of recharging, in the middle of the desert during the special stages it is obviously not possible to refuel.

For this, the Audi RS Q e-Tron has a range extender and precisely a four-cylinder TFSI turbo with direct injection derived from the DTM. It will be used during special tests exclusively to generate energy for the battery. The internal combustion engine will not be used to give traction to the wheels.

The powertrain can count on one maximum power of 500 kW (680 hp). Audi says that electric propulsion brings several advantages such as a significant mechanical simplification compared to the other endothermic cars that will compete. For example, the classic driveshaft and center differential are not present. Also, thanks to the electric motors it is It is possible to change the thrust distribution strategy between front and rear in a few hundredths of a second. 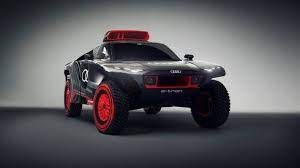 The accumulator present on the prototype has one capacity of 50 kWh and weighs about 370 kg. Both the MGUs and the TFSI engine require a dedicated cooling circuit. This meant that it had to be well planned six thermal management systems, also considering the intercooler and the air conditioning of the passenger compartment. Much work has also been done at the software and electrical and electronic management levels. Inside the prototype there are two central control units and about four km of cables, not counting the elements of the high voltage system. 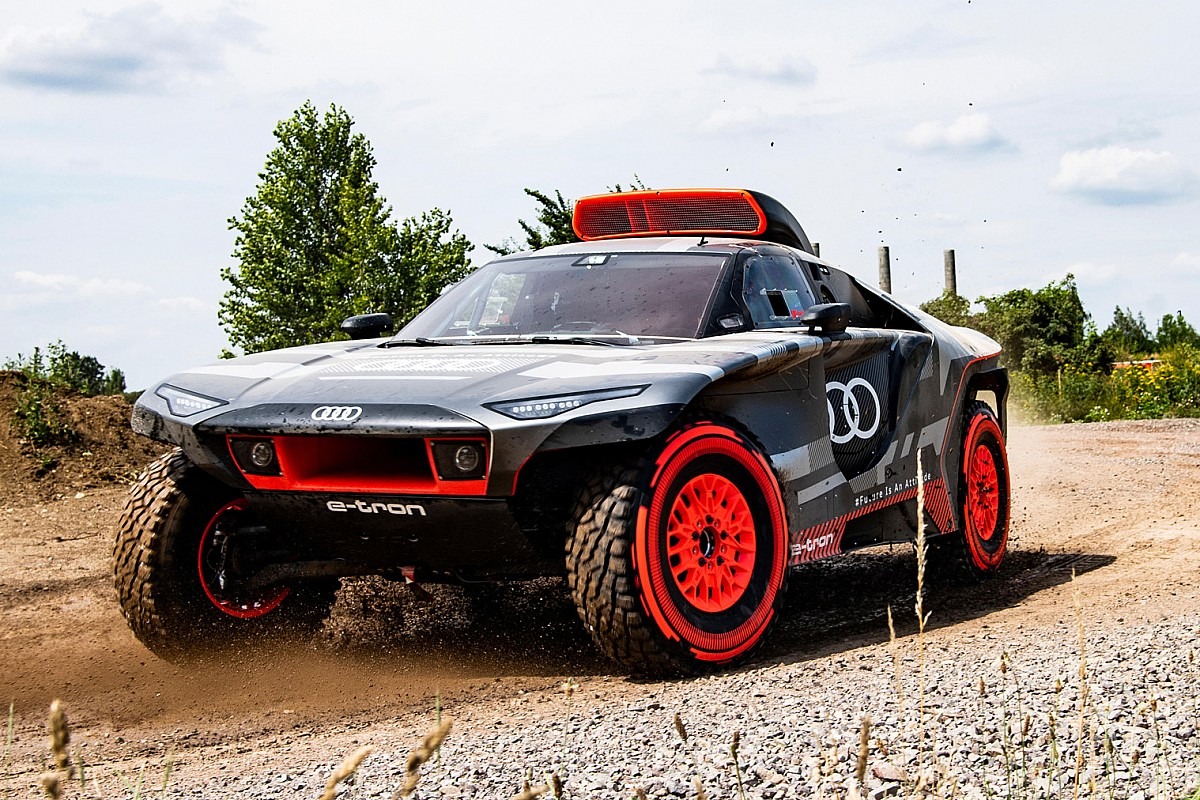 The Audi RS Q e-Tron project was completed in record time, about 12 months. Audi says it designed the car to guarantee maximum safety in every situation. For this, the prototype was built using a combination of aerospace-derived high-strength steels, aluminum, Kevlar, and composite fiber materials.

The passenger cell and the supporting structure of the Audi RS Q e-tron consist of a tubular trellis frame which, by regulation, must be made of metal. Audi has opted for hot-formed, aerospace-derived, high-strength steel “alloyed” with elements of chromium, molybdenum and vanadium (CrMoV). The tubular frame thus obtained, conforming to the geometries established by regulation, satisfies the static compression and impact tests for category T1. Audi protects its crews by means of panels in CFRP, carbon mixed with thermoplastic polyurethane, inserted in the interstices of the frame itself and integrated in multiple points by Zylon: a thermosetting polymer that prevents the penetration of pointed and sharp objects and, at the same time, pilot fencing and navigator from the high voltage system. The seats of the Audi RS Q e-tron are also made of CFRP and are inspired by the seats used in DTM and endurance.

The prototype has bodywork in CFRP, Kevlar, or a mix of the two materials, in some cases with a honeycomb structure. The windshield is in laminated glass with a special anti-scratch treatment, while the side windows are in polycarbonate. The high voltage system has been carefully protected as the car will face conditions of all kinds. For example, the centrally located battery is encapsulated in a CFRP and Zylon case. The underbody has also been reinforced to protect the battery and fuel tank.

The house of the four rings has integrated an LMP derivation monitor inside the passenger compartment to monitor any voltage fluctuations. If an accident occurs and an overshoot kinetic load is detected, the entire system shuts down. At the same time, an acoustic signal and some warning lights along the bodywork communicate the state of danger to the rescuers.

How much I learned from this experience will be reversed within future electric Audi models.