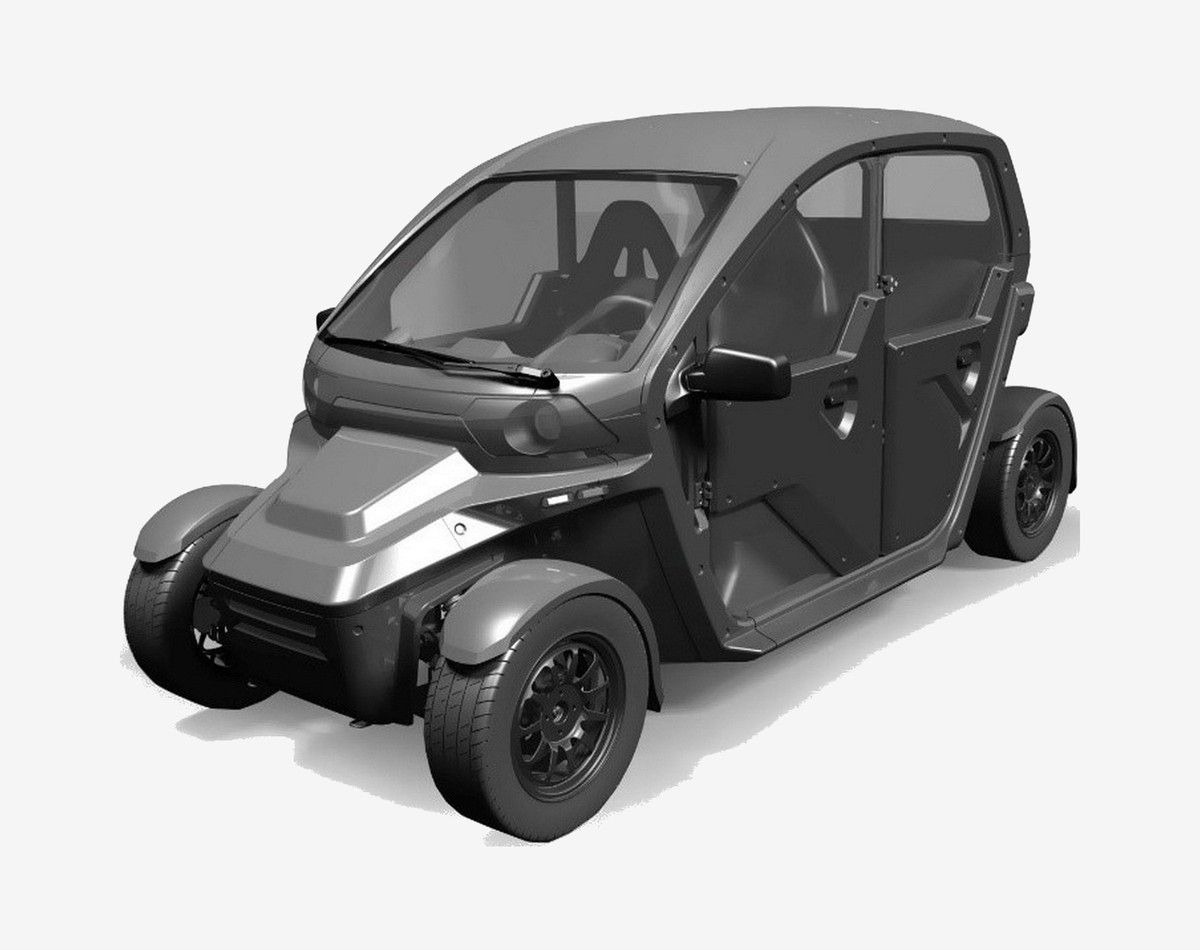 When you hear about Kalashnikov you immediately think of the legendary AK-47 rifle. Yet, perhaps not everyone remembers that the Russian company has also been engaged in the electric car sector for some time. In 2018, in fact, he had shown the prototype of a particular battery-powered car that was characterized by the retro design inspired by that of a Soviet car, the 1973 Izh 2125 “Kombi”.

Soon after, Kalashnikov also introduced the Izh UV-4 electric prototype which in 2019 was also proposed in a taxi variant. Apparently, there is interesting news on the way about the Russian company’s electric vehicle projects. A series of images contained within a patent implies that the UV-4 prototype can really make it to mass production.

In fact, the photos show two different models. If the first looks very similar to the Izh UV-4, the second is smaller, with two doors and only 3 wheels (2 front and one rear). But let’s go in order.

WILL THEY REALLY ARRIVE?

The first car, the one with 4 wheels, has some similarities with the Renault Twizy even if it is bigger since measures 3.4 meters long x 1.5 meters wide x 1.7 meters high. The interior should not be particularly rich but the standard equipment should still include digital instrumentation, air conditioning, infotainment, and adjustable suspension.

A model for the city, for military operations, or for other purposes? Hard to say. For the moment we can only refer to what has communicated a few years ago about this prototype. The powertrain was characterized by the presence of a 50 kW / 68 HP electric motor able to allow the car to reach 80 km / h. Kalashnikov did not disclose the battery data, but in 2019 he said it was enough for a range of 150 km. The weight of the vehicle would be 650 kg. This means that it could be approved as a heavy quadricycle.

The currently unnamed 3-wheel model features a similar design to that of the UV-4 albeit with a shorter wheelbase. There are no doors and inside there is room for two passengers. No information, however, regarding the powertrain. Will they really arrive? Considering the fact that the Russian company in the past had presented some prototypes and given the images of the patent, one might think that the official announcement may not be missing much. If Kalashnikov really intends to launch these battery-powered cars, it’s possible he can already in the course of 2022.