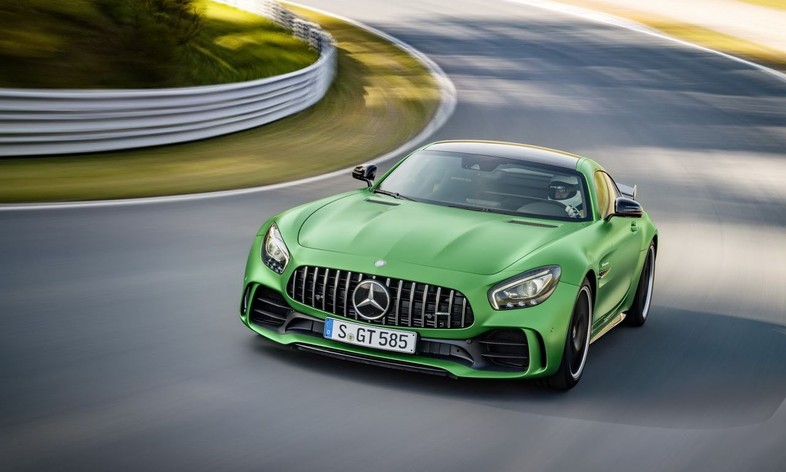 Mercedes AMG is working on the new generation of the sporty GT Coupé which will go alongside the new SL that we have had the opportunity to see closely in Rome. What we can consider as the rival of the Porsche 911 was spied for the first time during the winter tests that are taking place on the snow-covered roads of Sweden. Testing in extreme conditions that car manufacturers always carry out to check the reliability of their cars. 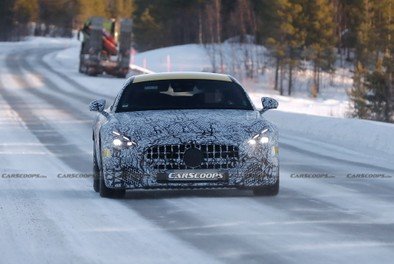 POINTS IN COMMUNE WITH THE NEW SL

The new Mercedes AMG GT Coupé still appears camouflaged even if the bodywork is visible in some parts, which has a yellow color. The new GT will have many points in common with the new SL even if rumors claim that it will have an even more aggressive design. influenced by that of the hypercar One. Therefore, the look should be characterized by sharper and angular shapes than those of the new SL.

Unfortunately, the camouflage does not yet allow us to verify these details. There will, however, be time to get more information as it is rumored that the debut is expected in 2023. The photos do not show the interior. However, one can easily think that the German manufacturer can offer an interior very similar to that of the SL with a lot of luxury and technology. The latest version of the MBUX infotainment system.

The platform that Mercedes AMG will use will be that of the new SL. Compared to the roadster, there should be some changes in the setup in order to enhance the driving experience even more. As for the engines that the German manufacturer will decide to put under the hood, there are no particular rumors for the moment.

However, one can easily think that the brand may decide to use the same units that it makes available today on the new AMG SL. So, let’s talk about a 4-liter twin-turbo V8 engine which is offered in two power levels: 350 kW (476 hp) with 700 Nm of torque and 430 kW (585 hp) with a torque of 800 Nm. Especially in the most performing version, this engine could give strong emotions as the SL it can reach 315 km / h and accelerate from 0 to 100 km / h in just 3.6 seconds. All that remains is to wait for more information on the new AMG GT Coupé.