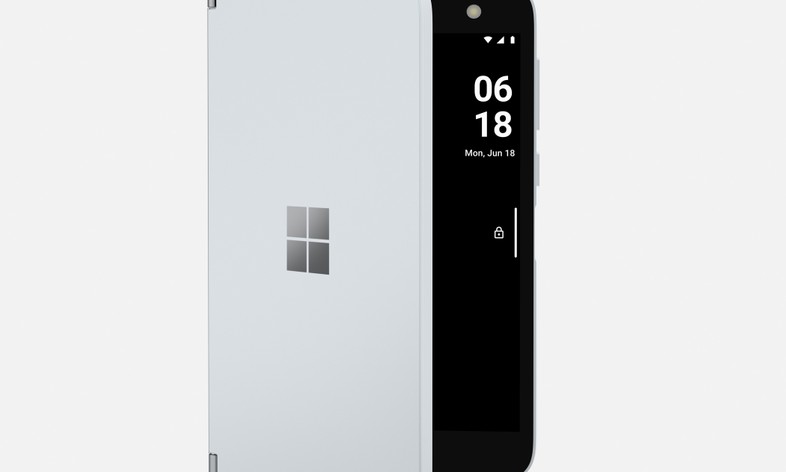 Surface Duo and its successor were not able to leave their mark, indeed the mix of a design not in step with the times (in particular with the foldable proposed by other brands, Samsung in the first place) and a series of limitations have made their products intended for a rather narrow niche of possible users. A patent dated 23 June 2020 but published by the US Patent Office on 23 December 2021, discovered on the net by Patently Apple, suggests how the company may be working on a similar solution but with a double fold and therefore the possibility of hosting the third display. 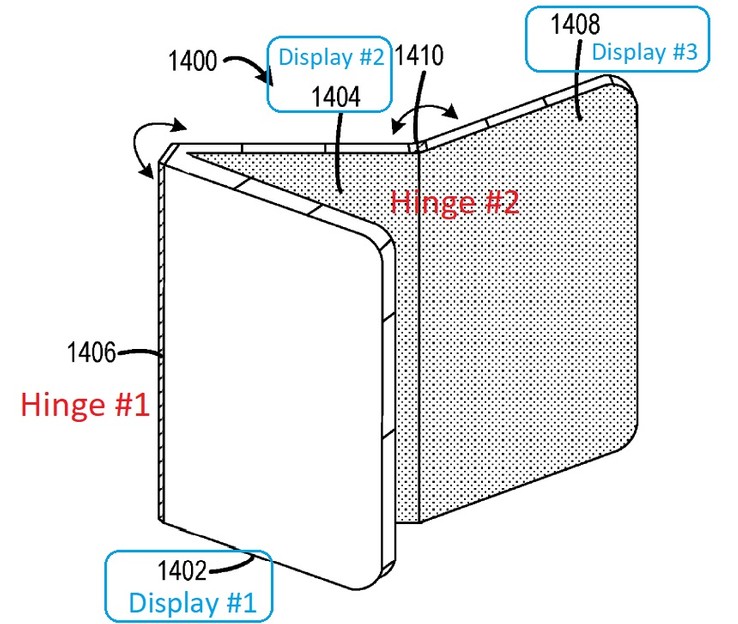 The “Surface Trio”, a name that is anything but official for a product that is not certain that we will ever see on the market, is conceptually very similar to the Duo, with hinges that connect the three blocks of the device. The peculiarity is that being the panels independent, you can choose how to fold them back on themselves, closing the third (1408 in the photo below) both inside and therefore having no display insight when closed, and outside, thus being able to use it as if it were a normal single-screen smartphone. A solution on the Duo was obtainable only by exposing the second on the back as well.