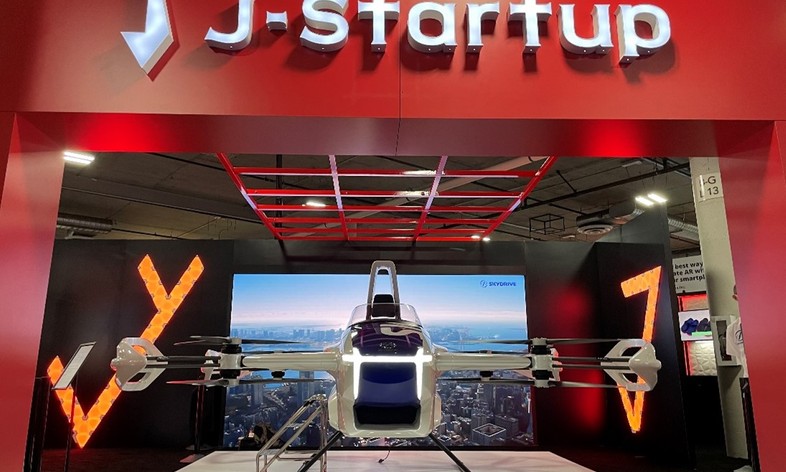 Visitors to the fair were therefore able to get a close look at this interesting aircraft designed for short-haul flights capable of traveling for about 5-10 minutes at a maximum cruising speed of 40-50 km / h. It offers only one seat on board and therefore the prototype is not suitable for a proper commercial transport service. Precisely for this reason, SkyDrive makes it known that it is also working on the two-seater model SD-05 which should be ready to be proposed as a flying taxi at the World Expo in Osaka to be held in 2025.

The company also announced that it has already obtained the necessary certifications for the new model from the Japanese transport ministry. This was an important step towards the commercialization of its eVTOLs. Although there is no precise information on the new SD-05 model, SkyDrive does not seem to be on the same level as companies such as Volocopter which are developing far more complex aircraft.

The Japanese company will continue its development work over the next few years and therefore it will be interesting to discover its progress. The Urban Air Mobility sector it is particularly dynamic in recent times. More and more companies are working in this direction, even some car manufacturers such as Hyundai. The goal is to create electric aircraft to simplify short-haul travel in large cities where traffic is particularly congested. A transport service that if it arrives over the next few years will probably – especially at the beginning – be available to a few since the costs of flights will certainly not be contained.