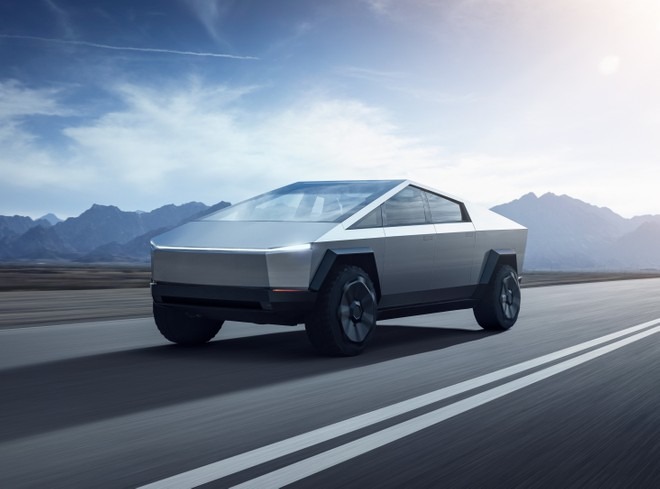 There is great anticipation for the debut of the Tesla Cybertruck electric pickup. Unfortunately, as we know, production will only start towards the end of 2022. The first variant to be built will be the one gifted with 4 electric motors as Elon Musk announced through his Twitter profile. This is important news given that until now Tesla had never communicated the existence of a version equipped with a similar powertrain.

We knew, in fact, that the Cybertruck would be offered in versions with single-engine, double engine and triple engine. It all started with a tweet from Whole Mars Catalog that reported the rumour that Tesla had removed the specifications and prices of the pickup from its site as it was considering the elimination of the variant with a single-engine, to propose only versions with 2, 3 and 4 electric thrusters.

Initial production will be 4 motor variant, with independent, ultra fast response torque control of each wheel

The interesting thing, however, is that Elon Musk replied to this message on Twitter. Tesla’s CEO did not say anything about the single-engine model but confirmed the existence of the variant with four engines that will be the first to be produced. The fact that the manufacturer wants to immediately focus on the top-of-the-range variant is not surprising given that Tesla initially aims to produce the more expensive versions of its new cars.

Given the arrival of the model with 4 electric motors, one can really think that the version with a single-engine can be removed. Responding to another tweet, Musk then reiterated that the pickup will have 4 steering wheels and that it will have a model similar to the Crab Mode of the new electric Hummer that will allow you to move diagonally.

Will have both front & rear wheel steer, so not just like a tank – it can drive diagonally like a crab

The most interesting aspect is the introduction of a model with 4 electric thrusters, one per wheel. It will be important to understand the reason that prompted Tesla to propose this new variant but one might think that it could be a response to the debut of the Rivian R1T and the electric Hummer that have 4 electric motors.

All that remains is to wait to understand what the final specifications of the new pickup will be and which versions will actually be offered to customers.