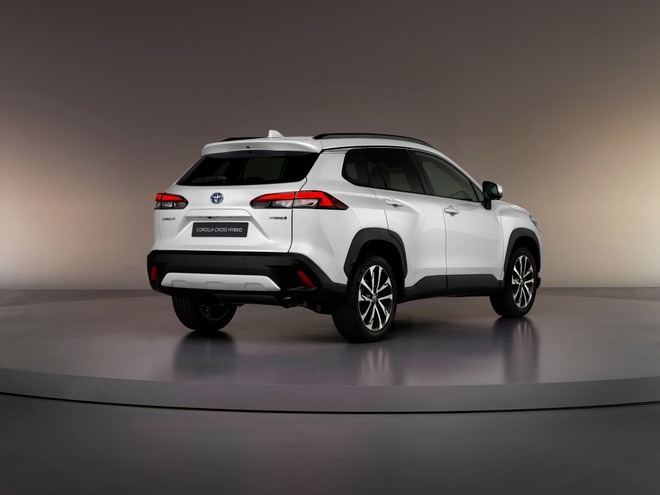 Toyota Corolla Cross also arrives in Europe. To see it on the road, however, we will have to wait a long time. The Japanese manufacturer, in fact, has made it known that deliveries to customers will start, depending on the individual markets, since the autumn of 2022. It is a model that is positioned between the C-HR and the RAV4. With the launch of the Cross version of the Corolla, the manufacturer is expanding its offer in the SUV segment. A choice that is not surprising given that these cars are increasingly in demand from customers. Prices for the Italian market have not yet been disclosed. 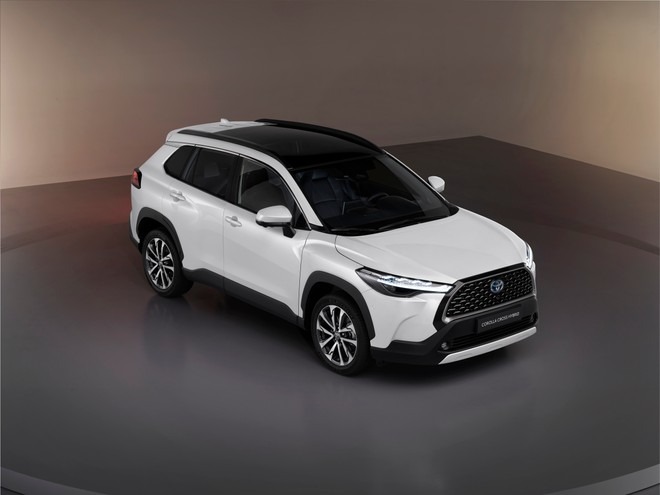 The new Toyota Corolla Cross measure 4,460 mm long x 1,825 mm wide x 1,620 mm high, with a wheelbase of 2,640 mm. The car rests on the TNGA-C platform, the same used by the Toyota Corolla. The design is nothing new since the Cross model had already debuted in other markets when there were still doubts about its possible arrival in the Old Continent.

The shapes are massive, as on all SUVs. Compared to models already seen for other markets, the European variant has a look that has been adapted to the tastes of European customers.

The powerful and robust styling of the new Toyota SUV has also been specifically adapted to the European market, with a unique combination of headlights and taillights that integrate well with the double trapezoid front grille, flared three-dimensional wheel arches and tapered passenger compartment. an urban SUV.

The interiors are spacious and can also count on a lot of technology. We find, for example, digital instrumentation with a 12.3-inch screen and an infotainment system with a 10.5-inch central display. Toyota says infotainment is compatible with Apple CarPlay (also wireless) and Android Auto. In addition, there are voice commands, remote vehicle control apps and OTA updates. 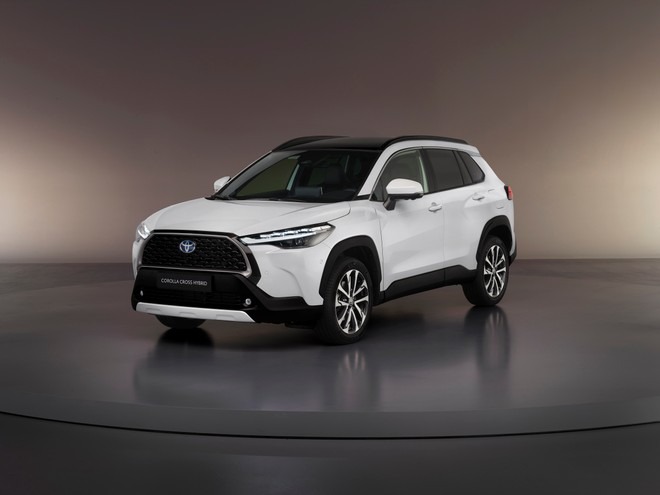 This new model debuts the fifth-generation hybrid system from Toyota which guarantees greater efficiency and greater driving pleasure than the current generation (always Full Hybrid). Both the internal combustion engine and the electric one have been improved, with an increase in the total system power of more than 8%. In addition, the battery is lighter (-40%) and more powerful.

Going into detail, the front-wheel-drive model has a powertrain with a 2-litre engine. Overall, available there are 146 kW / 197 hp. According to Toyota, it takes 8.1 seconds to accelerate from 0 to 100 km / h. The new Toyota Corolla Cross for the European market will also be offered in a version with an all-wheel-drive (AWD-i). In this case, we also find an additional 30.6 kW electric motor on the rear axle that comes into operation only to give more traction in conditions of poor grip. Performance is identical to that of the version with front-wheel drive.

Improvements have been made to Full-Speed ​​Range Adaptive Cruise Control (FSR ACC) and to Lane Trace Assist (LTA) and Road Sign Assist (RSA) systems. There is also a Blind Spot Monitor (BSM) with Safety Exit Assist (SEA), Automatic High Beam (AHB) and Rear Cross Traffic Alert with automatic braking (RCTAB) and Intelligent Clearance Sonar (ICS). These systems may be improved over time through the release of OTA updates.