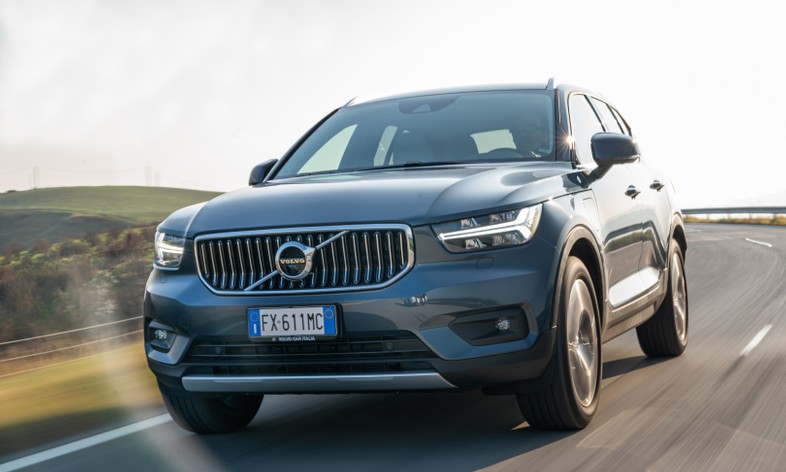 During the year, Volvo will make its debut with the restyling of its XC40 which, as we know, is also offered in the Plug-in and 100% electric versions. In the novelties of design, there will not be many and they will concentrate mainly at the level of the front. The updated model was intercepted during some road tests in Northern Europe. The interesting thing is that the car did not have any camouflage and this allowed different aspects of its look to be observed.

As you can see, the front will have some elements inherited from the Volvo C40 Recharge. Therefore, we find different bumper and optical groups with different designs. The grille, on the other hand, does not appear to have been revised. The profile looks virtually identical, while the taillights have some slight tweaks. The model in the images does not appear to be the Plug-in variant or the 100% electric one. This can be understood from the presence of only the rear right door from which the petrol is refueled. Also, the grille is not closed.

The spy photos do not show the interior but the retouches should be limited to new materials and colors. There may also be a small update to the digital instrumentation and infotainment that the Google platform will have. No revolution, however. As often happens with restyling, new body colors and new alloy wheel designs may also arrive. 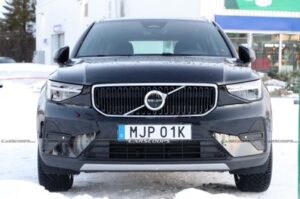 Will there be changes under the hood? Most likely not. The restyling should not bring anything new under the front of the engines. Therefore, we will have to continue to find the current range of powertrains. There will, of course, always also be Plug-in and electric versions. The current XC40 has been crucial for Volvo in several respects. It was the brand’s first model with a three-cylinder engine and also became its first mass-produced electric vehicle.

The debut of the restyling should not be missing much seen than in some configurators it seems that the images of the updated model have already appeared. All that remains is to wait for some communication from the car manufacturer.