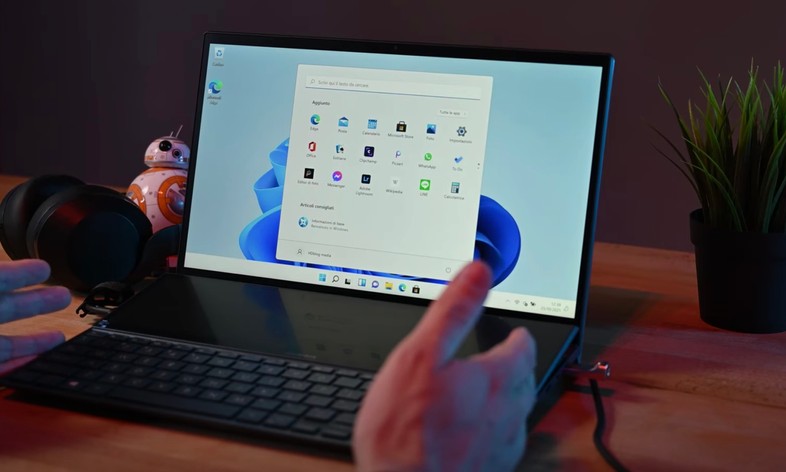 With Windows 11 Microsoft wanted to change the experience of its operating system, abandoning the Metro design and style to rethink the interface and functions with the new grammar of Fluent Design. A process that has already produced a clear difference compared to the past, even if the complete uniformity of all the elements is still a chimera: but the work of the Redmond giant is only at the beginning.

On the launch pad, we know, there is important news: first of all February will be the month of the landing of the Android apps, one of the most important promises of the project, which aims to rewrite and thin the boundaries between productivity via smartphones and tablets and computers. And then there are also minor goodies, such as the 3D Emoji that have not been abandoned, or the return of Media Player with a completely renewed version 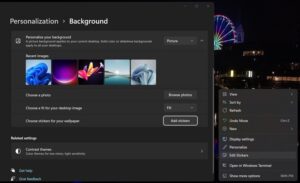 But there’s still more to come, something Microsoft hasn’t talked about yet. The user Albacorein fact shared on his Twitter profile some interesting findings by digging into the code of the latest Windows 11 beta. The first concerns the possibility of customizing your desktop using stickers, as seen from the screenshot below. The option will appear in the “Background” tab in the space dedicated to customization.

THE RETURN OF TABLET MODE

Far more interesting, however, is the discovery of a referring to a tablet mode. We know that Microsoft over the years has focused very strongly on the flexibility of the operating system, in an attempt to create a dual environment, capable of adapting to both computers and tablets: an ambition that has nevertheless remained a chimera that has never really been fulfilled, and in the last few times in Redmond seemed to have decided to abandon the project.

In reality, it would only be a pause for reflection: in fact, a new setting appears in the application bar that leaves little room for doubt: “Automatically hide the taskbar when using the device as a tablet“In short, Microsoft is preparing the return of a tablet mode, also because the concept is still alive in its catalog, as demonstrated by the new Surface Pro 8.

Finally, a new section dedicated to sustainability offers advice on energy saving but also on the possibility of recycling devices, once we believe it is time to retire them.

Another small change is that “Focus Assist” has now been renamed simply “Focus”, with options to schedule silent mode through Outlook.

At the moment all the features unearthed by Albacore have not even been announced by Microsoft, and therefore we do not know how long it will take before they are introduced on the surface in the Beta, and then on the stable version.